I’m home and back to my normal persona having completed the mission successfully.  It is time to tell the tale.  Our adventure began, as all good southern adventures do, with Boberry biscuits from Bojangles.

After a biscuit and coffee, we left the kids with Agent Opah and left to”go shopping.”  Agent Uncle insisted on going along, so we told him, in front of the kids, that if he was going to go along he would have to be willing to go everywhere we wanted to go and let us shop for as long as we desired.  We are VERY good at subterfuge.

We got on the road and drove south.  The “drop point” was changed last night, so we didn’t have as far to go as we had originally planned. We arrived at the rendezvous point a little early.  I’m not going to lie; it was a bit sketchy.

Actually, it was a truck stop I first noticed forty years ago when I was on my way to college.  The rather enormous and fairly creepy statue of a miner/pirate/lumberjack outside makes it hard to miss.

There are lots of American flags, however. The sign on the door said, “No Shoes, No Shirt, Underwear Showing, No Service,” the people inside were friendly, and two State Parolmen were eating breakfast there, so we decided it was an okay kind of place.

After a while my daughter got a message on her “spy phone” saying that the plan had changed a little.  Instead of a black van, we would be watching for a silver Cadillac.  The plot thickens!  As we sat there, the sky darkened and it began to thunder and lightning–large rain drops began to fall.

Finally, the moment arrived.  The car pulled in close to us, the money was exchanged, the papers were signed, and we received “the package.” 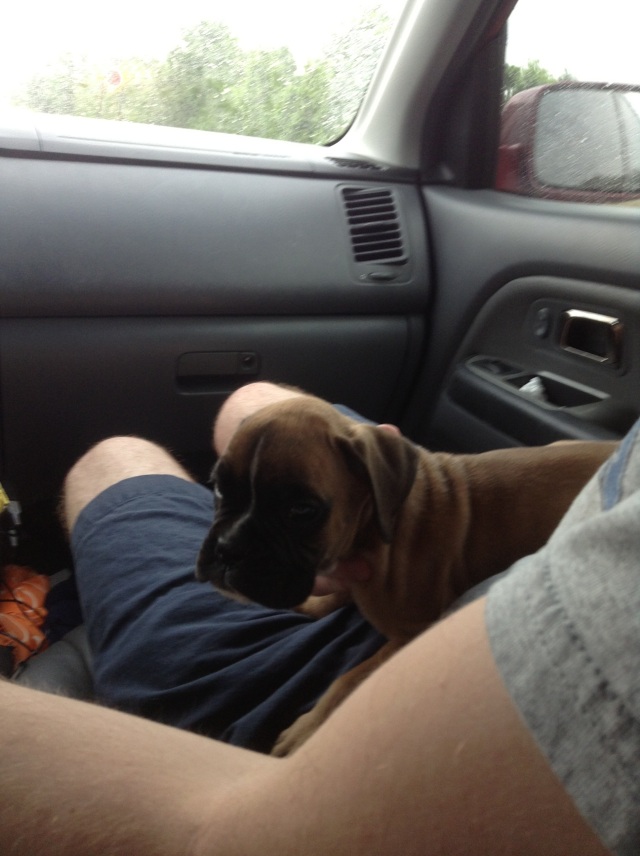 His name is Banner and he is a six-week old Boxer puppy.

It was not raining when we got back to “the Boro,” so we pulled into the street behind ours and took the puppy into the field beside out house.  We called Opah and he brought the kids out.  This is what happened:

Later, Banner was introduced to Margie. 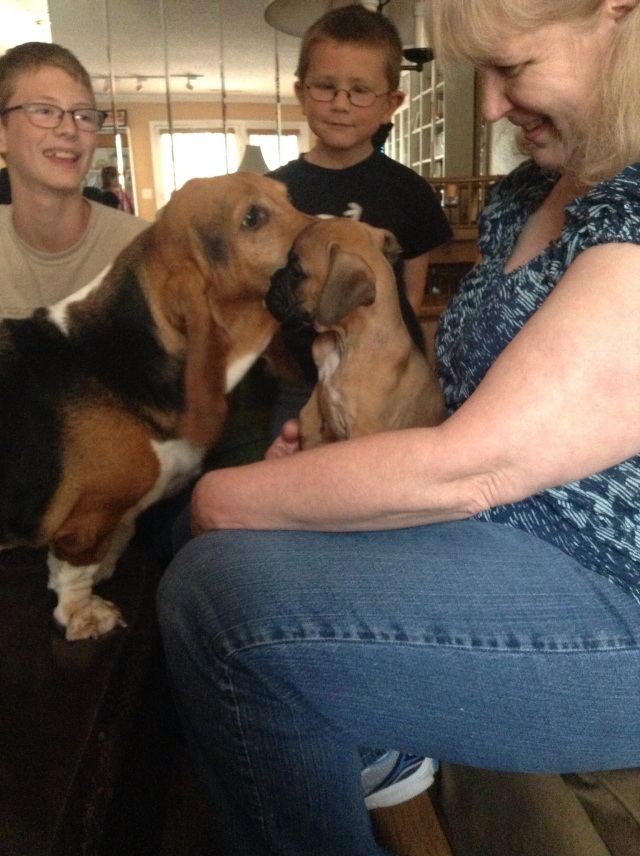 She was very polite, but she was also relieved when, after some get acquainted play time, she saw the kids drive away with the new puppy.  SO. MUCH. FUN. 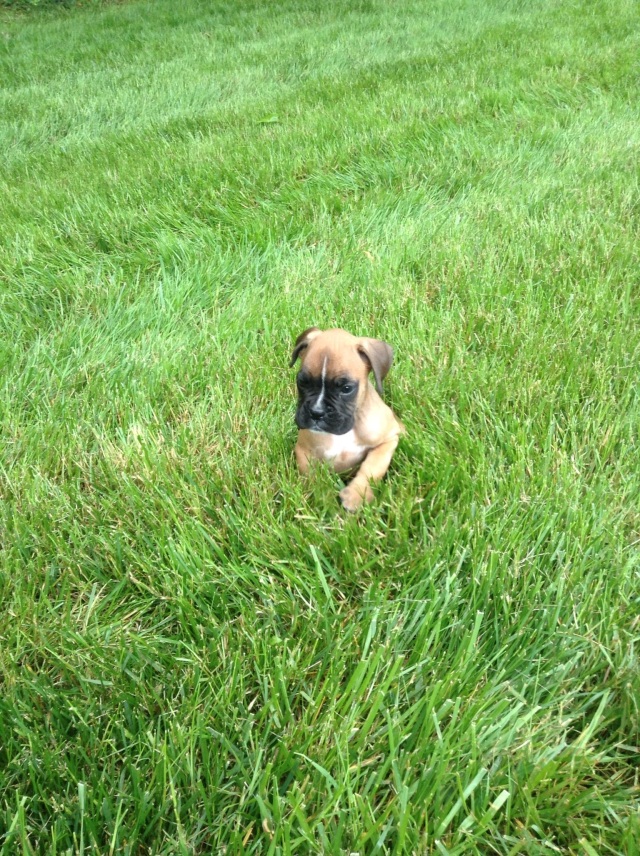